Leaky Buckets: Volume in a system of 2+ buckets that can be empty

What is the volume of water in each bucket in a system of leaky buckets with the following conditions:

The attached figure illustrates a system with $N=3$ buckets.

This is a relatively simple problem apart from the constraint that $W_i(t) \geq 0$, since this puts a continuity-breaking constraint on the flow rate, and I'm very rusty.
Differential Equations 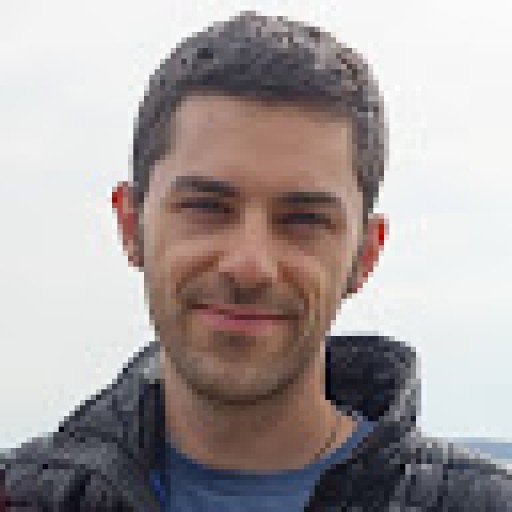 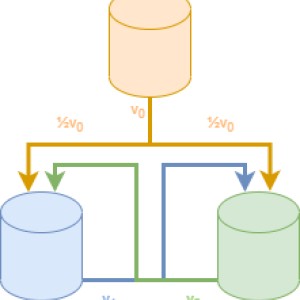 Let us first state some more or less obvious facts.

1°) A bucket loses volume if and only if the inflow (from all other buckets) is strictly less than its (fixed, maximum) outflow. In particular this is the case if a bucket that was nonempty for $0 < t < t^*$ becomes empty at some time $t^* > 0$.

2°) An initially empty bucket can become nonempty right at the start, if the inflow from the other buckets is larger than its maximum outflow.

3°) No bucket that previously became or remained empty at some time t* > 0, can ever become nonempty at some time $t > t^*$. Indeed, assume that this happens for the first time at some $t' > t^*$, for some bucket(s) number $ i_1, ?, i_k $. It can only happen if the inflow of bucket(s) $i_1, ?, i_k$ had increased beyond their (fixed maximum) outflow rate, but that isn't possible unless some other bucket(s) became nonempty just before, in contradiction with the definition of $t'$ and $i_1, ?, i_k$. (The increased inflow cannot come from the buckets $i_1, ?, i_k$ themselves, since if this were possible, it should have happened already earlier, as by assumption at any moment the maximum possible outflow is pumped out of each bucket.)

5°) In general the system reaches an equilibrium state with $m$ empty buckets and $N-m \ge 1$ buckets that remain nonempty forever. These are in general the buckets with the smallest (maximum) outflow rate; those with a larger outflow rate (and also the source bucket) will eventually become empty.

Unfortunately, there is no simpler formula than that for these piecewise defined functions.

I have made a google sheet that allows make numerical simulations and see how the successive $\Delta^{(k)}$ and $t_{i_k}$ are computed: https://docs.google.com/spreadsheets/d/1giKGtubTUGkyISBwmf0vK8vpPyAyLI845gUavyaCVIY/edit#gid=0