Frontal solver by Bruce Irons? Am I using the right Algorithm here?

I am writing my Thesis on Direct Methods for sparse Matrizes, especially Frontalsolvers.It took me a while but I finally figured out how the Multifrontalsolver by Duff and Reid works.

But my Professor wants me to have the "original" Frontalsolver by Bruce Irons analysed aswell, but I am still not sure if figured it out completly.

Here is an example of a Matrix solved by (what I believe to be) a Frontalsolver by Bruce Irons.
Steps:


Can someone please confirm if that is the Algorithm that is used in the Frontalsolver by Bruce Irons and correct me if necessary?

I have doubts because in other Algorithms (e.g. Multifrontalsolver) the Frontalmatrix is built by only using the first row and collum, and fill the rest with zeros.
Linear Algebra Matrices 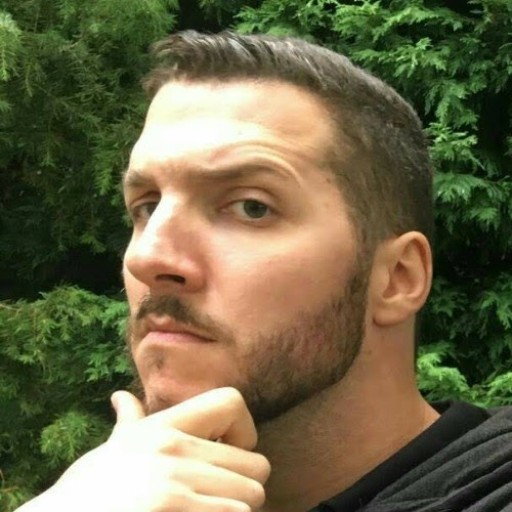 I found this reference (which can be found in libgen) that I believe is very on point on explaining how Frontalsolver works and how it relates to the original work of Bruce Irons:

In short, the algorithm you describe is indeed the Frontalsolver proposed by Irons, with some small caveats:

1. The original work by Irons was designed for symmetric, definite positive and in the context of finite-element problems.

What this means is that Irons original work is meant for linear systems $Ax=b$ that decompose as: $A = \sum_i A_i$, $x = \sum_i x_i$, where $A_i$'s are sparse matrices that only incorporate a few unknowns ($x_i$'s) and are symmetric and positive definite.

In this sense, the seminal work is different from the algorithm you describe. Because your algorithm assumes a totally assembled (not decomposed) matrix $A$ from the very beggining, that is not even symmetric or definite positive.

In the reference that I cite, they describe the frontal method for finite-element problems in section 11.10 with an example. My best advise is to read the example and see for yourself how they apply the same Frontalface method you referenced in their example.

2. Frontalsolver, however, can be generally applied to a wider range of matrices (not necessarily symmetric, for example) and problems (not just linear problems).

In section 11.12 they describe how frontal methods can be applied in more general problems. For example, in the algorithm you described (unlike Irons), the matrices don't need to be symmetric. Also, one does not need to limit this 'Frontalface' idea to linear systems but can also applying for finding appropriate pivots in matrices.

If you have any questions or would like me to address something more concrete, please let me know.

Could you clarify what you mean by "When looking at the Multifrontal Method by Duff and Reid, the Frontal matrix is formed only filling the first Row and Collum. The rest is filled with zeros"?

The Multifrontalsolver on the other hand, deals with separate frontal matrices at the same time, as long as each frontal matrix fully contains all the equations from the variables that conform it.

Equations 12.2.1 to 12.2.3 (in the cited reference) make this distinction clearer. The difference is in the way matrices are assembled: either following the natural ordering of the variables/blocks along the diagonal (Frontsolver) or following a tree orderding along independent blocks in the system.

The contents of the assembly blocks, or whether the first row or column of the original system is filled with zeros is not an assumption in either the Frontsolver or Multifrontal solver. There is of course sparsity in the original system which facilitates and permits a 'Front matrix' strategy.

Whether the Front matrices move along the diagonal or they are applied along independent blocks of the original system is the only difference betweem these two methods.

How to recombine matrices. Next is a toy example to show how matrices can be recombined. Basically, we just add all operations to the end result.

Suppose we have the system:

The resulting matrix is then:

Mathe
The answer is accepted.