I need help with the question below. I would really appreciate if you can solve it for me. 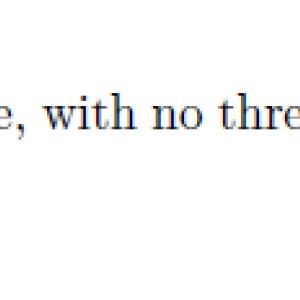 Answers can be viewed only if
View the answer
Theorem
Show that for any integer $n ? 3$ there exists an integer $m$ such that whenever $m$ points in the plane are in general position, some $n$ of these points are the vertices of a convex n-gon.

A collection of points in the plane are in general position if no 3 of the points are collinear. A polygon with m sides, or m-gon, is convex if the line segment joining any 2 interior points is also within the m-gon.

The proof below is based on two lemmas.

Lemma 1
For any 5 points in the plane in general position, some 4 of them are the vertices of a convex quadrilateral.

Proof
Let the smallest convex polygon that contains the 5 points be a convex n-gon; obviously, all the vertices of this n-gon belong to the given set of points. If $n = 5$ or $n = 4$, there is nothing to prove. If $n = 3$ (the only other possibility), there is a triangle formed by 3 of the 5 points (say, A, B, and C), and the other 2 points, D and E, are inside the triangle. Then the line determined by D and E will divide the triangle into 2 parts such that I of these 2 parts contains 2 vertices of the triangle (say, A and B); ABDE is the sought convex quadrilateral.

Aman R
The answer is accepted.